Conference on "Euro-Buddhism and the Role of Christianity"

Euro-Buddhism and the Role of Christianity

13th Conference of the European Network of Buddhist-Christian Studies
(in Cooperation with the University of Salzburg)
St. Virgil, Salzburg, Austria, 30 June - 4 July 2022

In the late 19th / early 20th century Buddhism began to be practised in Europe and was often presented by its European followers as a persuasive alternative to Christianity which had come under heavy attack from various sides. Buddhism in Europe was less a result of missionary activities from Asian countries than the consequence of propagation by Europeans, who studied Buddhism through various literary sources. However, European Buddhists sought connections to Asian countries from a comparatively early stage onwards, and organizations such as the Mahābodhi Society came to play an important role. Tensions between Buddhism and Christianity in the West’s Asian colonies and the critique of Christianity in the West had their reciprocal impact on each other.

Whereas in the early days of European Buddhism the focus was predominantly on Theravāda, after the Second World War Western interest shifted to Japanese Zen-Buddhism and, somewhat later, to Tibetan Buddhism. Increasingly also other forms of Buddhism (such as Pure Land or Nichiren Buddhism) became present in Europe. Immigrants from Asian countries such as Thailand and Vietnam brought along their local forms of Buddhism and established their own centres. While some of these immigrant communities kept largely to themselves, other forms of Asian Buddhism, as for example “Inter-Being”, opened their home traditions and adopted distinctly European and even Christian elements. Today, then, Buddhism in Europe exists in a large variety of forms and with different degrees of individual belonging and/or commitment. Nowhere in Asia are so many different types of Buddhisms present in one particular society as is now the case in a number of European countries.

The European Network of Buddhist-Christian Studies (ENBCS) (http://buddhist-christian-studies.org/) is dedicated to the academic study of Buddhist-Christian relations around the world. While some of its conferences have focused on issues of doctrinal dialogue and religious practice, others have had a more regional emphasis (“Buddhist-Christian Relations in Asia”, St. Ottilien, Germany 2015) or dealt with certain challenges emerging from a modern mindset (e.g. “History as a Challenge to Buddhism and Christianity”, Drongen, Belgium 2013). The 2021 conference will combine these research interests: it will investigate the development of Buddhism in Europe from its beginnings until today and inquire particularly about the role of Christianity in the emergence of what might be called “Euro-Buddhism”. Christianity is still a major factor in European culture. Any form of Buddhism that interacts with European culture or even attempts to adapt to Europe in order to create genuine forms of Western Buddhism will therefore also have to reflect on its relation – whether hostile or hospitable – to Christianity. Apart from looking at the development and present state of Buddhism in Europe, the 2022 conference of the ENBCS will explore the complex relationship between Buddhism and Christianity, as mediated by European culture, by highlighting three issues that are of particular relevance to this relationship: the challenge of secularism, the challenge of gender justice and the challenge of creolization or hybridization. 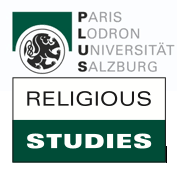 15.00: Guided Tour through Salzburg (followed by joint dinner in Salzburg)

Martin Baumann, Professor for the Study of Religions at the University of Lucern (Switzerland). Special research interest in immigration and religion, religious diversity and public space, diaspora studies, and Hindu and Buddhist traditions in the West.

Rupert Gethin, Professor of Buddhist Studies in the Department of Theology and Religious Studies and codirector of the Centre for Buddhist Studies at the University of Bristol (UK). President of the Pali Text Society. Gethin is a practising Buddhist in the Theravāda tradition.

Kurt Gakuro Krammer, Magister, Head of the Institute for the Study of Buddhism and Dialogue of Religions, Salzburg (Austria). Krammer is a Buddhist practitioner in the Zen tradition and has been active in interreligious dialogue for more than 30 years. He used to be an active member of European Buddhist Union for more than twenty years, is a board-member of conveners for the network “Buddhist Teachers in Europe” and of the European Network of Buddhist-Christian Studies.